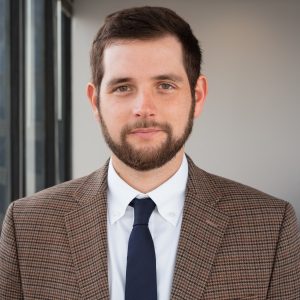 D’Arcy Vicknair associate, Peter-Raymond Graffeo, recently authored a blog for the American Bar Association and posted on The Dispute Resolver: Jurisdiction – – Employee Training, Alone, May Subject You to a Foreign State’s Jurisdiction.

On November 3, 2022, the Court of Appeals for the First District of Texas ruled that the 55th District Court for Harris County, Texas has jurisdiction over a Louisiana-based limited liability company where the company’s employee, a Texas resident, passed away while working in Alabama. Turner Specialty Servs., LLC v. Horn, 2022 Tex. App. LEXIS 8139 (Tex. App.—Houston Nov. 3, 2022).

On March 26, 2019, Justin died while performing catalyst work at the Alabama facility. As a result, Justin’s wife and mother filed a wrongful death suit, asserting, among other things, gross negligence. Specifically, the Plaintiffs asserted that the Defendants “negligently trained, hired, and/or retained Texas residents. . .” and the “negligent training, hiring, and/or retention of Texas resident workers contributed to Justin Horn’s death.” Id. at 7. In response, Turner Specialty argued that the Texas district court lacked general and specific personal jurisdiction because Turner Specialty was not “doing business” or “essentially at home” in Texas. Particularly, Turner Specialty argued, among other things, that (1) the Texas safety training was fortuitous because all Turner Specialty employees received the generalized safety training at a location most convenient for the employee, (2) the Texas safety training does not have a “substantial connection” to the events that transpired in Alabama, and (3) the actionable conduct that is substantially related to the operative facts of the litigation concerns the training and supervision provided in Alabama, not Texas.

Next, the Court looked at whether alleged negligent training in Texas was substantially connected to Justin’s death, that is, whether the “relationship among the defendant, the forum, and the litigation – are sufficiently close to support specific jurisdiction.” Id. at 22. The Court, noting that the “relatedness inquiry does not require a strict causal relationship between the defendant’s in-state activity and the litigation” relying on the Plaintiff’s Complaint, stated that “the [Plaintiffs] allege that the improper training, at least in part, caused or contributed to Justin’s death. Thus, Turner Specialty’s liability, if any, arises directly from and relates to the Texas safety training.” Id. at 23.

Finally, the Court disagreed with Turner Specialty that the more specific training in Alabama was the “actionable conduct.” The court, relying on Texas Supreme Court jurisprudence, stated that “just because Turner Specialty could be subject to personal jurisdiction in Alabama does not mean that it cannot be subject to jurisdiction in Texas.” Id. at 26.  Whether the training that occurred in Texas contributed to Justin’s death presented merit-based questions for the trial court to determine.

As a result, the Texas Court of Appeal concluded that “Turner Specialty purposely availed itself of conducting activities in Texas and that the [Plaintiff’s] gross negligence claim arises from or relates to those activities. . . . the allegations and the evidence establish that Turner Specialty had sufficient minimum contracts with Texas to be subject to specific personal jurisdiction.” Id. at 27.

The Texas Court of Appeals demonstrates why contractors need to be vigilant in where they conduct basic employee training. Under certain circumstances, a foreign state court may have jurisdiction over a corporation, even when the accident in question occurs outside that foreign state’s jurisdiction.