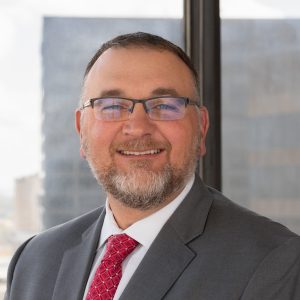 Automatic Stay from Bankruptcy May Not Apply to Individual Indemnitors

A recent ruling by the United States District Court for the District of Maryland[1] held that an automatic stay pursuant to a bankruptcy filing may not apply to non-bankrupt co-defendants who were indemnitors on a bond.

The case involves a claim by a plaintiff-surety, Travelers Casualty & Surety Company (“Travelers”), against its principal, East Coast Welding & Construction Co. Inc. (“East Coast”), and the indemnitors on the bond, Christopher Brown and Anita Brown.  In March 2020, Travelers, as surety, issued two field dues and fringe benefit bonds (“Bonds”) in the amount of $75,000 each for East Coast, as principal, and Local Lodge 45, International Brotherhood of Boilermakers, Iron Ship Builders, Blacksmiths, Forgers and Helpers (“Local 45”) as obligee.[2]  The Bonds were mandatory pursuant to a collective bargaining agreement between East Coast and Local 45.

In order to obtain the Bonds, Christopher Brown and Anita Brown (“Indemnitors”) were required to personally execute a general indemnity agreement (“Indemnity Agreement”) in favor of Travelers whereby they personally agreed to be jointly and severally liable to Travelers for any loss Travelers incurred in connection with the Bonds.[3]

In October 2020, the Local 45 and others made claims in excess of $395,000 (“Claims”) against the Bonds claiming that East Coast failed to remit or retain all or portions of union dues and various contributions that were secured by the Bonds.[4]

After receiving the Claims, Travelers sought a response from the Indemnitors to the Claims and asked whether the Indemnitors had any defenses or set-offs against the Claims.[5]  During a phone conversation regarding the Claims, Indemnitors acknowledged that approximately  $180,000 was due and owing to Local 45 and other claimants on the Bonds, which was  in excess of the $150,000 Bonds.[6]

As a result of the Claims,  Travelers made two payments of $75,000 totaling $150,000 under the Bonds to Local 45 and other claimants in April 2021.  Travelers then requested repayment of  the $150,000 from East Coast and from Christopher and Anita Brown – the Indemnitors, but they failed to respond.[7]  Due to the lack of response, Travelers filed suit seeking indemnification in September of 2021.  Suit was filed against East Coast and Mr. and Mrs. Brown personally.

Before the summary judgment could be considered the Court had to determine whether or not the entire case was stayed, including claims by Travelers against Christopher and Anita Brown, the Indemnitors, as a result of the Bankruptcy filing by East Coast.  If the stay extended to the Indemnitors, then the District Court could not decide Travelers’ motion for summary judgment until the conclusion of the Bankruptcy filed by East Coast. 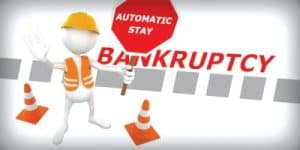 While courts often stay matters when bankruptcy proceedings are initiated by a party, it is possible that proceedings may continue to any non-bankrupt parties if there exists an independent cause of  action.  With the instant ruling, personal indemnitors under a bond will not always be shielded from continuation of claims based upon a bankruptcy filed by the principal or by a related company/co-defendant when the personal indemnitors are not pursuing bankruptcy proceedings.